In December, we won’t have any eggs to deliver. We’re going to let our hens take a break and molt – they stop laying eggs and focus on their bodies instead, growing new feathers and recharging their bodies. Unlike most everyone else, we allow this to occur on a natural cycle. I’ll spare you the details of what normally happens to speed this up. 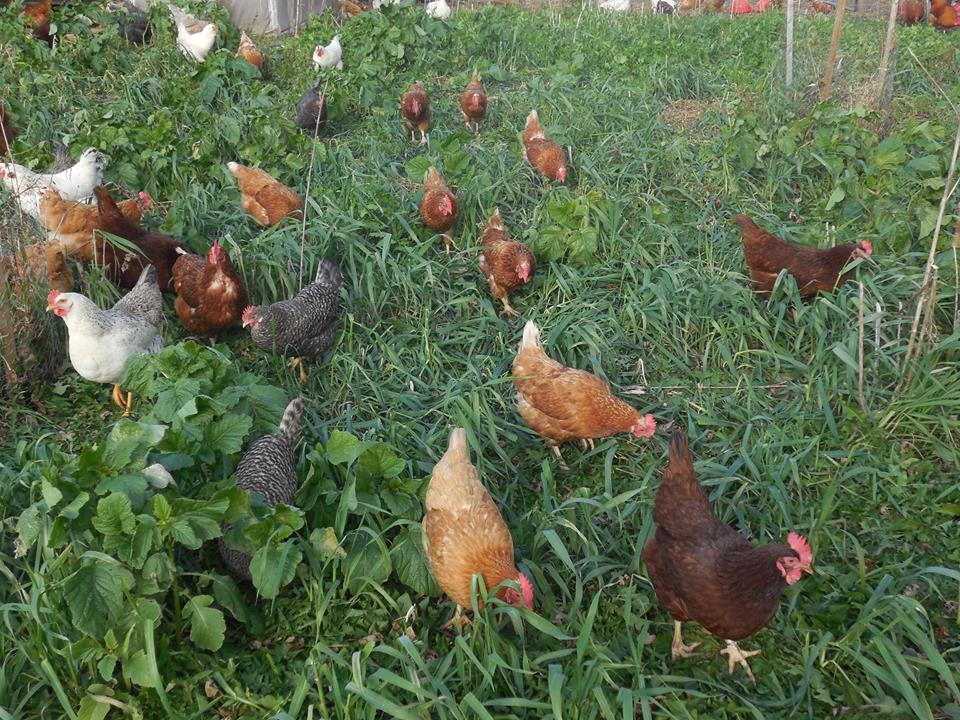 We’ve continually been working to improve the quality and environmental stewardship of all our products. Eggs are no exception. While we work towards our idealistic vision, we also have to balance the reality of the world we live in where humans are no longer the natural hunters and gathers we once were.

We as a society have a population density where ‘as would happen in nature’ isn’t realistic. For example, imagine chickens who lived solely on the prairie as they would in nature. Each hen would produce perhaps 15 eggs per acre per year. If we raised chickens that “idealistic” way, eggs would cost over $200/doz without any labor or delivery being included! I am not sure this would even be a better life for the chickens since they’d also be at an increased risk of being eaten by predators and have a less stable food supply. The eggs probably wouldn’t be any better than what we can offer either.

On the other hand, we could raise the chickens in a factory and crank out ‘organic’ or local eggs raised on what we could pretend was ‘pasture’ (but was really just a dirt patch) and have eggs for $3-$4/doz. The resulting eggs would be pretty terrible for our taste buds, health, animal welfare and the environment.

What we’re looking for is balance – how FAR can we move towards the idealistic while still being economically viable and welfare centric… while lowering our prices as we grow?

With eggs, we’ve undertaken a really difficult challenge over the years. In the past we’ve been able to be 100% no soy, 100% organic fed, 100% fishmeal free and Animal Welfare Approved. We’ve adjusted and adjusted and realized that it isn’t realistic to do all of these things… For now we have to drop one of those and can’t do all. Starting in December, we’re going to add in some organic, non-GMO soy into the feed. I don’t like this choice, but it was the best of our few poor options.

The reason for the problem is that chickens are omnivores. If they lived on the open prairie and got all of their food from it, they’d be eating lots of meat – specifically the bugs and worms you think of, but also mice, snakes and such. Our chickens eat all of those things, but there isn’t enough for our hens year round and that’s why we’re always short on eggs in the winter.

The only good thing about organic soy is that it has many of the proteins chickens need and works as a decent substitute for the bugs and such. I believe including it in the winter it will be helpful for our chickens. I don’t think it is a ‘natural’ diet for them, but I think it is the best option for now.

What we want to do is get rid of the soy and raise crickets for our hens instead. So this winter, I will start working on a prototype cricket hatchery that I think will allow us to provide our hens with all the insects they want year round. Perhaps next winter we’ll be back to no-soy and hens who are extra happy chasing crickets in the middle of winter! 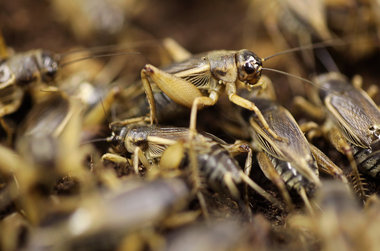 The best part is that if it works well, I think it will actually lower our feed cost, which is good since even at $7/doz our eggs allow for just about $1 of labor to feed, collect, clean, inspect and package the eggs. That’s really not quite enough to make them economically viable on a the wide scale I envision… plus $7/doz is still a bit expensive for many families… it’d be nice to be able to lower that cost while improving the quality and stewardship in the future!

We just keep moving closer to our ideals… if we pull off the cricket endeavor, I am sure we’ll find something else super cool to tinker with next!