As a sustainable, pasture raised meat farmer, I’ve been asked a lot recently about what I think about the recent news that red meat causes cancer.

My reply? Yes, of course it does I’ve been saying that for YEARS… At least… that is if you are eating the majority of meat available in this country instead of ours.

The vast majority of farm animals out there are being pumped with drugs. My neighbor probably thinks we’re crazy for NOT adding estrogen implants to our beef – he makes just a bit more money per steer that way (5 cents per pound).

Those estrogen drugs that make my neighbor the extra cash, however, are shown to promote the growth of breast cancer. The George W. Bush administration changed the law so these drugs are allowed to actually be IN THE FOOD that you eat.

But I buy “hormone free” meat… so I am safe from all this, right?

Agriculture and consumer goods are a big shell game – when enough consumers demanded steroid free meat, “They” delivered with meat full of the estrogen cancer promoting hormones described above. When we demanded hormone free meat, “They” went to a class of drugs more commonly used to treat asthma, “Beta Agonist”. The one thing you can be sure of is that they didn’t STOP using drugs to boost the bottom line.

This class of drug is in around 80% of the beef, pork and turkey in the store.

These drugs are dangerous and banned in 160 countries. They cause tachycardia, enlarged hearts, and other serious complications… In fact, the label on the drug added to the animal’s feed says “Individuals with cardiovascular disease should exercise special caution to avoid exposure”.

All of our processed meats are free of synthetic nitrates. Some of them (not all) have celery powder added which has naturally occurring nitrates. These are added to accordance to state law when required.

That being said, I think the data is clear that the processed bread people eat WITH that slice of deli ham is more likely to cause colon cancer than than the ham itself. Processed foods and sugar are WAY more inflammatory to your bowls than any piece of bacon (conventional or otherwise) and high blood sugar is linked to higher incidences of cancer.

So go on, eat up that summer sausage and maybe skip the caramel mocha latte. 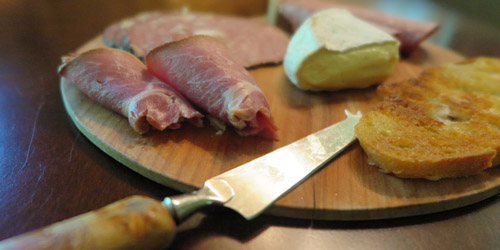