It's such a funny word, conventional.  It means "traditional", "what is generally done" , "normal".

In agriculture, "conventional" is the word that's used to mean crops, usually genetically modified, that are raised with synthetic fertilizers and pesticides.  When you hear people talking about conventionally raised crops, that's what they are talking about.  (Sort of crazy that THAT has become the conventional, "normal" way to raise crops in just a single generation.)

Organic, on the other hand, means choosing not to use chemical fertilizers or pesticides, staying away from genetically modified crops (and in the case of raising animals, avoiding antibiotics and growth hormones).

Organic is great but... it just doesn't scale, right?

One of the arguments that comes up again and again is that "Raising food organically is great, sure, but it doesn't really work in the real world."  The line is that "the only way to grow enough food to feed the world is with conventional agriculture."

Except that's a myth.

The data from more and more studies are indicating that yields from organically raised crops can be close to the same or even greater than conventional crops.

Our Own Experience Raising Animals 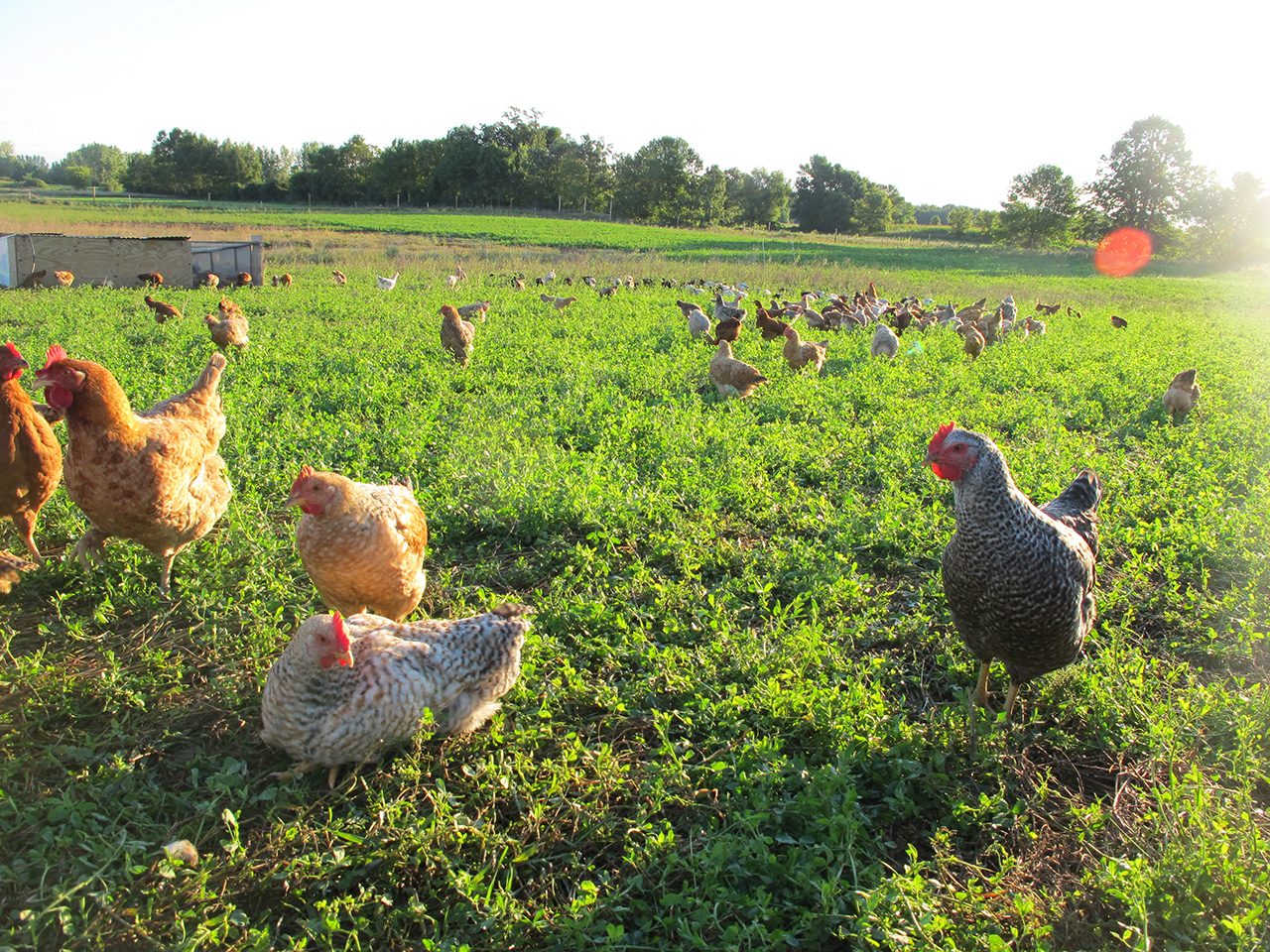 We certainly got an earful from folks when we were starting our farm. Frankly, some of it was deserved: we were just idealistic consumers looking for a better, more respectful meal.  We really didn't know the first (hands-on) thing about farming when we started out.

They said we couldn't raise chickens outside or the hawks and eagles would get them.

They said 'organic is just for hippies who like fields full of weeds.'

They said using factory style genetically manipulated animals was the only way to make a living on a pasture based system.

They said a lot of things.

And here we are, several years later, helping to raise food for several hundred families.  We can produce as much food per acre as a conventional system. It just takes more time, more labor and more respect for the land, animals and the neighbors we feed.

Of Course it isn't JUST about Yields

While the University of Minnesota performance trial and other studies about yield are promising, it is important to remember that raising food the right way isn't just about yield.

To feed the world, you want to make sure that the food people are eating is healthy and nutritious.  That it is packaged in a safe way. You want to make sure that the people living in the world have healthy soil and waterways.  The issue is so much bigger than just yield per acre... but it is nice to know that organic production seems to actually produce MORE food per acre than conventional.

We think it's encouraging to see trials that take the wind out of the sail of the argument that we "have to" raise crops conventionally.

What are your thoughts on this?  It's a topic where a lot of people have really strong opinions.  We've love for you to share yours with our readers.  Comment in the section below.