Despite our crazy busy life, we have managed to send our kids with a healthy school lunch every day. This isn't because we're some sort of super-lunch-parents spending hours making pinterest post-able lunches - quite the opposite!

Easy lunches comes down to:

Anyone can have a healthy lunch for their kids! Your kids will be healthier, feel better and maybe you'll even eat better lunches too!

My goal is to make sure that I make an extra lunch each day for myself so that I get healthier too! 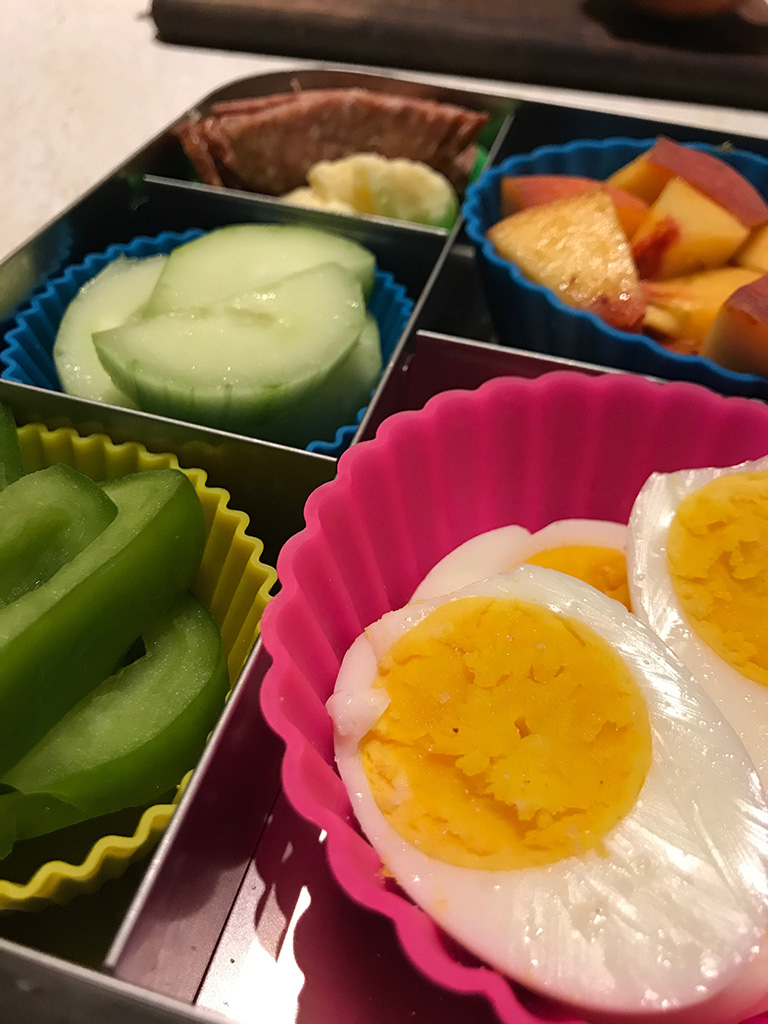 Not So healthy, But Fun!

A side note before we get to lunches -- just because...

Betsy's mother always made fresh cookies for them on the first day of school. Here's a great recipe for you to start that tradition in your family.

Plan Ahead For Healthy Lunches

By planning ahead you'll get the following benefits:

Before you put the groceries away, get all of your produce and organize it.

This keeps the veggies and fruit fresh and tasty all week. You'll never want to sort through the strawberry box to clean off bad spots while rushing to get kids onto the bus and the kids won't want to eat it if the produce has gone half bad due to a lack of prep-work.

Have the right food around

Keeping some hard boiled eggs in the fridge or having extra frozen deli meat on hand ensures you'll always have the right food available.

Did you know all of our 'uncured' deli meat can stay in the fridge for 30-45 days if the package is still sealed?

Just keep a pack or two in the back of your fridge so it is always ready to use.

None of our deli items have any of the binders, phosphates or other chemicals used to boost fat and water content in the grocery store meat. We don't use the growth drugs that are used in the deli meats found at even the fanciest natural food coop -- ask your store to verify with the manufacture if their products use ractopamine or not (hint, if it is turkey, beef or pork, it is almost certainly used)

These ingredients or drugs are often NOT on the label so unless it is certified organic, you should assume they are in their products.

If you want healthy, safe lunch meat, we're the best in town - and it is SO convenient to just have it in your freezer or fridge ready to go. 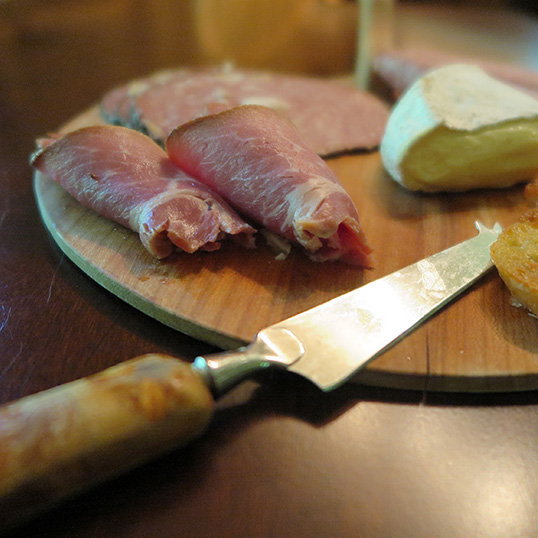 Here are some of our kids' favorites and that amazing sourdough made with organic non-hybrid wheat.

Members: Be sure you're logged in before adding to your cart.

Not a member? Add these to your cart and checkout today!

The best hot dogs in the world!

We often are able to add beef or pork liver into these hotdogs to add some extra nurients
"Uncured" items which are still sealed can be safely stored in the fridge to save freezer space. See details here

This is a flat rate box and is priced per box. They are labeled as the minimum weight, most boxes weigh more.

Great for lunches, picnics or snacking

Each box may include:

Emulsified ham is great for kids. It is an emulsified deli ham (officially called a pork roll) without any fatty parts like a traditional ham roast would have.

This is a flat rate box and is priced per box. They are labeled as the minimum weight, most boxes weigh more.


This is a flat rate box and is priced per box. They are labeled as the minimum weight of 5lbs, most boxes weigh more.

So excited to have pepperoni I could feel good about enjoying!

Our kids love this as a cold cut and it is great in a pasta or egg scramble too! Oh -- and our simple GF Pizza Potato Recipe is awesome

This is one of our best and most popular sausages

"Uncured" items which are still sealed can be safely stored in the fridge to save freezer space. See details here

The real deal. Each loaf is a larger 2 lb sourdough made with organic heritage wheat, water, yeast, olive oil and salt.

We will include the following sandwich loaves each month with this package:

Store your bread in a paper bag for 4-5 days on the counter or freeze in plastic bags for up to 6 weeks.

We will include sandwich loaves instead of the traditional style boules. Change to Box #830 if you want breads with additional ingredients.

You may add this box to your cart if available. However, most (if not all) of the available packages will be reserved each month via the bread CSA.

We recommend clicking here to join the bread CSA.

If you feel your kids won't eat anything if it doesn't have some sugar or processed carbs in it (i.e. granola bars or treats), that is a challenge.

We have found there are times when we have to re-program the kids' tastes and get them 100% off sugar for a while. No syrup on pancakes - nothing.

Although it might take a month, it really helps reset their taste buds' expectations.

Here are some key benefits you'll notice once you slog through those first few weeks:

Instead of granola bars, juice drinks, or cookies, offer some dried fruit for snacks or the 'dessert' at lunch. You'll be amazed at how well a handful of dried pineapple or mango will go. Even some higher quality raisins can be a huge treat.

Look - if you don't have the right tools, this just isn't going to work.

Having high quality lunch and snack containers will give you a lifetime of avoiding wasteful plastic bags and paper items.

They are all easy to throw in the dishwasher.

We just have one extra set for each kid so that we never have to rush and wash things by hand.

Click the link or the image to see our recommendations.

Having a sharp knife is critical to getting the prep-work done fast.

I hadn't kept up with my knife sharpening because I was lazy, but yesterday I went through all of our knives and sharpened them so we were ready for school.

Then I cut through 2 pounds of strawberries - I was just shocked at how much easier and faster it was.

Hones are NOT sharpeners. If you think you have a sharpener, but it is long and pointy, it is NOT sharpening your knife.

If you want any chance of keeping up with prep-work for school lunches or want to enjoy cooking, you NEED a sharpener.

Click the link or image and get a real knife sharpener.

One other helpful tool is to use shelf liner under your cutting board so the board doesn't slip.

Don't think that all your meals need to be some fancy Food TV or instagramable moment - Go for simple and fast with high quality ingredients!

Once you plan ahead and have the right tools and food on-hand, you can be super efficient with your time.

I can't tell you how much time it saves to have those veggies pre-cutup - no waste and we can quickly throw the lunches together.

Thinking about what meals to cook for the week that will make good leftover lunches helps a lot too!

Think of meals you can cook which will make good leftovers for lunches.

Here are some ideas:

For the foods best warm, use the insulated containers we recommended above - just warm up in the morning and they'll be tasty at lunch time!

Check out our recipe and meal plan sections of the website for some inspiration.

We will be suspending our weekly meal planning for a bit while we focus on some other content and areas to improve.