In case you missed it, here's the insert that was included in this week's delivery.

As always, check back and review this post as we update them multiple times throughout the week to add recipes and other information.

As of now we plan to have most of the following items and perhaps a couple others in your package this week, all organic of course:

If you haven't, please read the previous blog post about the timeline and other improvements for the April and May Early Access Produce program. 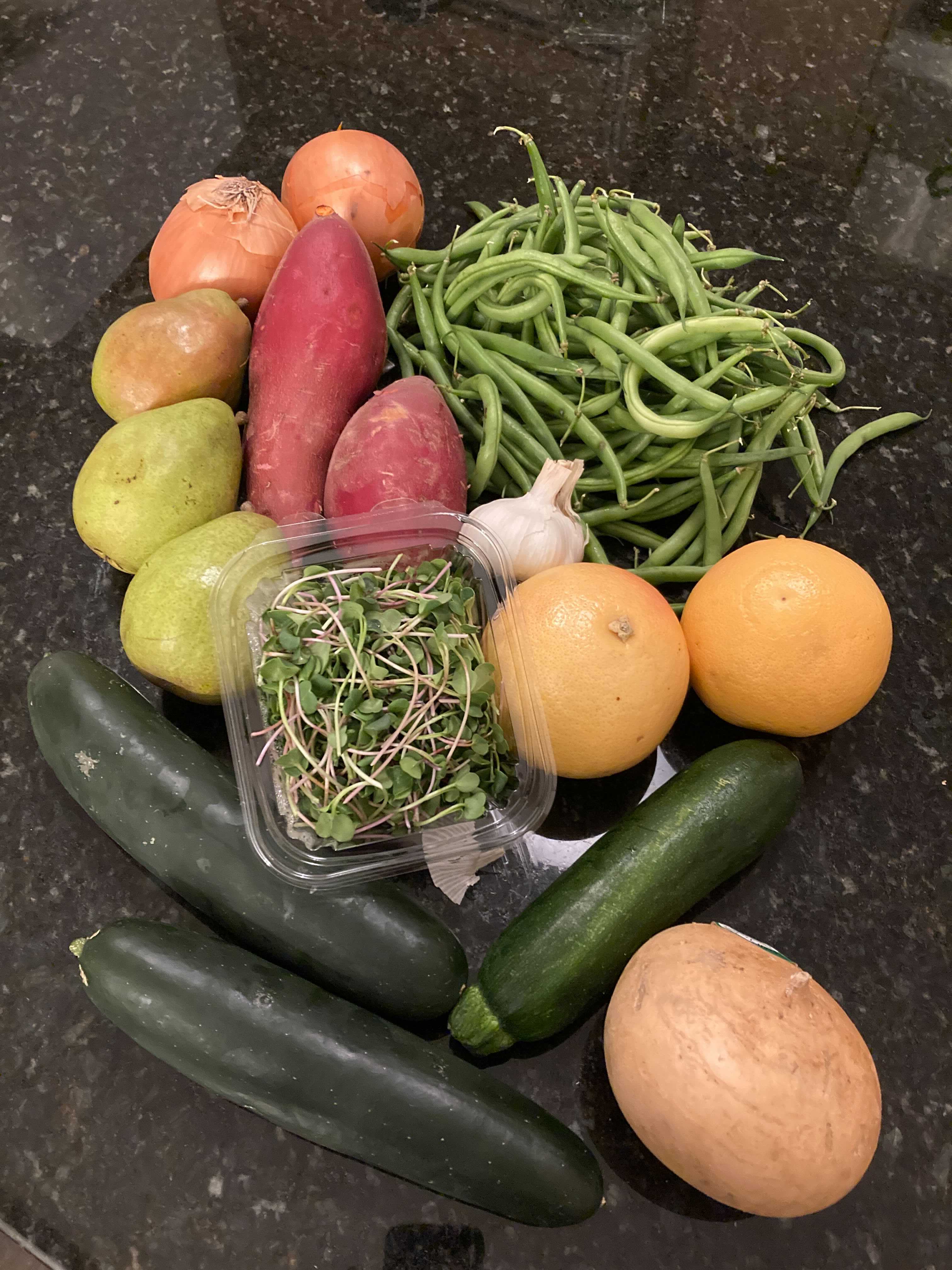 Here are some tips from Josh about Jicama:

Jicama is a root vegetable that's found mainly in frost free areas. It's grown for the root itself and is described as a mix between a radish and a potato but has a sweeter flavor profile.

You can peel off the thin skin and chop into sticks to eat raw. You can also roast it like a potato into "fries". I like to chop it up and toss into a salad or just eat as a snack. It's very nutritious so you can't go wrong any way!

We are so excited to welcome Becca into the TC Farm family. We will talk more about Becca and her farm Seeds later, but for now, please enjoy some microgreens she raised for you.

Here are some tips she sent along for us:

Microgreens are tasty, tiny vegetable shoots that are harvested at the first true leaf stage.

They add a boost of intense flavor to your salads, sandwiches, smoothies, and entrees or as garnish for side dishes. Add them to your breakfast, lunch and supper.

Microgreens boast up to 40% more nutrition than when fully grown!

These Radish microgreens have three varieties:

For longest shelf life, keep cool, stored upside down in a dark place (your fridge!)

Here are a few recipe ideas - pretty straightforward this week. I know there isn't any celeriac, but I am going to fry my jicama - you can follow along via that recipe if you'd like or you can use the oven fry recipe if you don't want a deep fried jicama.

I suppose I'll try some fresh on a salad or just as a nice snack, Josh insists that's is his favorite... but you know, in times like these it just seems like frying stuff is what's called for!