The storms that blew through our area (twice!) yesterday were pretty ferocious at times -- with wind gusts over 70 miles and hour and dropping golf ball sized hail (and even a funnel cloud north of the cities).

One of our farmers, Elizabeth O'Sullivan who raises our hens, got hit with some very strong winds. Two trees were knocked down. They had two chicken coops get picked up and thrown into the field. As they blew away, they took down part of the permitter fence with it!

As bad as it was, it could have been worse!

Normally, there would have been 1800 chickens out there. But, with the avian flu that can be contracted from wild birds outside, she had her birds still inside - they are still inside and safe.

Jack had this happen once to his coops during a storm with birds in them. Most, amazingly, flew back home after!

Hail in the Morning

Earlier in the day, one of our farmers, Paul, who raises apples for us wrote and said:

"Woke up to our phone's emergency alert saying a severe thunderstorm with softball sized hail was on its way. Lucky we only got golf ball size hail instead.


"Apples are still closed up but the pear blossoms were open I haven't yet checked it out. We'll see. The hail was thankfully brief, I prefer hail this time of year over later when we have fruit on the trees. We only need 5% of the flowers to succeed to get a full crop." 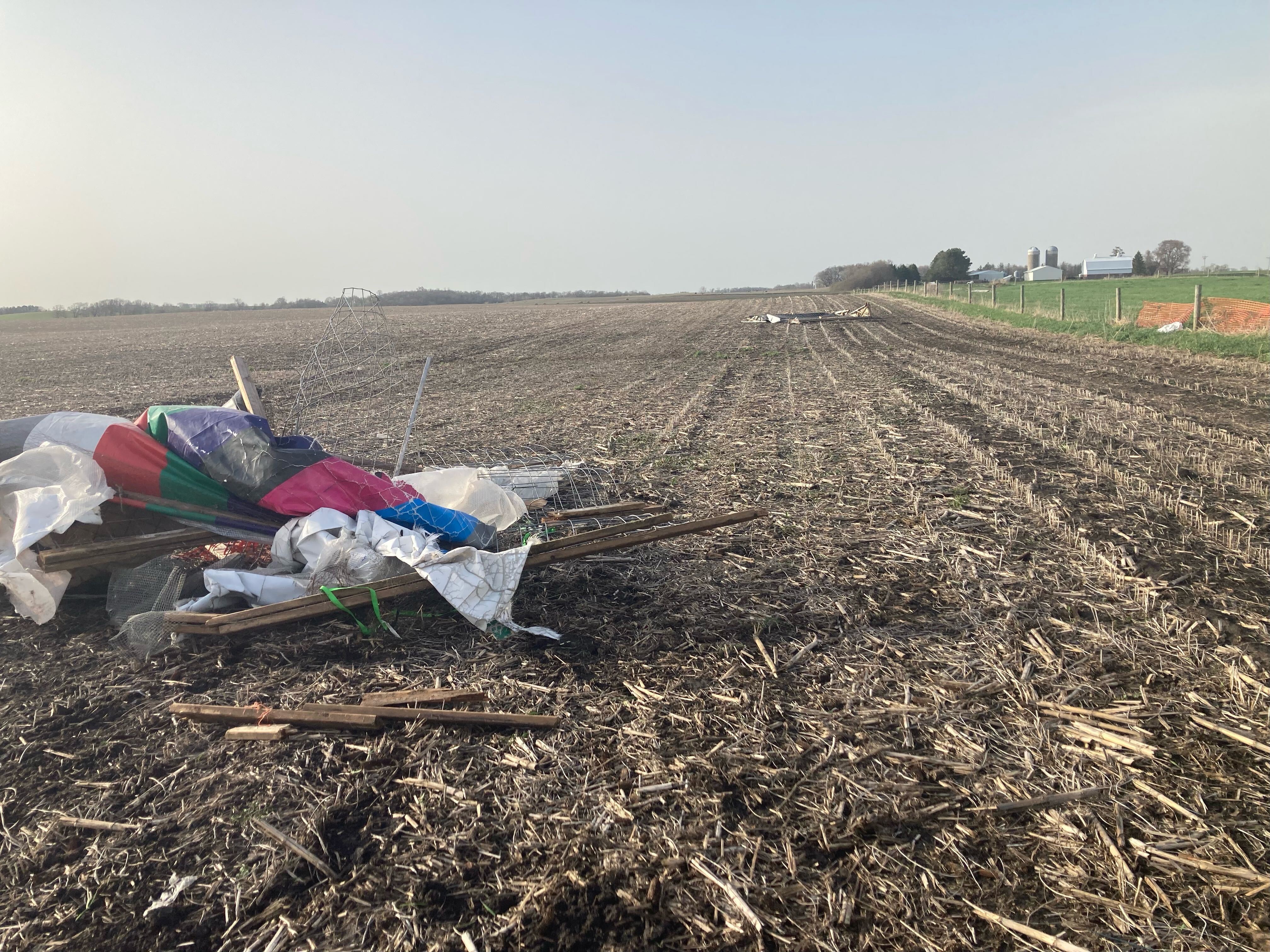 Above, you can see the remains of coops that blew off their property. It was hard to capture it all in one picture because they blew so far from each other. 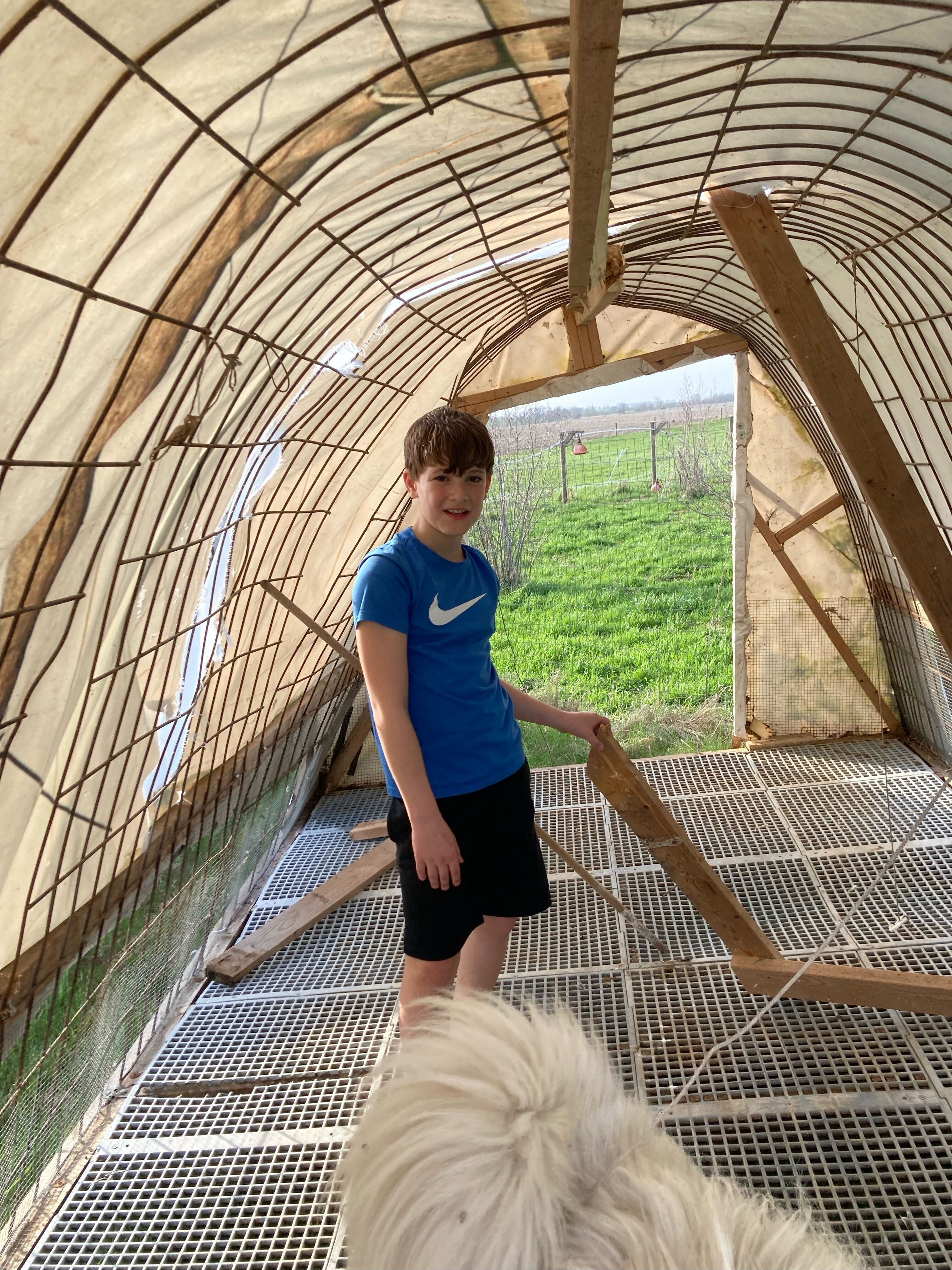 This coop got lifted and blown around but it didn't blow away. Elizabeth's son Asher is checking out all the damage inside it.

Yesterday was a really powerful reminder that farming means we are connected to the land. It isn't always blue skies and sunshine, though. We need to watch the skies and be ready for whatever might come.